How to Sharpen Character Animation Skills?

Animation brings characters to life and articulates a story creatively and convincingly. Once you learn character animation from the best animation institute in Rajkot, the next step is to sharpen your skills as a character animator to open the doors of career opportunities.

In this blog post, we will share how you can hone your dexterity further as a character animator. Remember, if you have taken any of the Arena Animation Courses in Rajkot, then all these tips and some more added tricks will be covered in the course itself.

2. Focus on Getting the Right and PreciseMovements and Surroundings

As covered in all the best Arena animation courses, a successful character animation artist needs to focus on the precise and right movements of the animation character. Some of the essential tips shared by the best animation institute in Rajkot are listed below:

3. Coordinate the Animation Character Movements with Voice Over

Only the best animation institute in Rajkot and other selected cities cover this in the offered 3d animation courses. It is necessary to match the movements of the animation character with the voice over aka speech. A trick shared in the Arena animation courses to precisely match this movement is, the animated character should not utter each letter else the dialogues will be delivered first and lip movement will come up afterward. 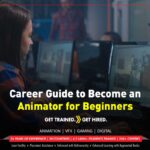 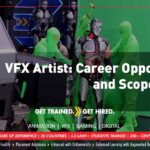